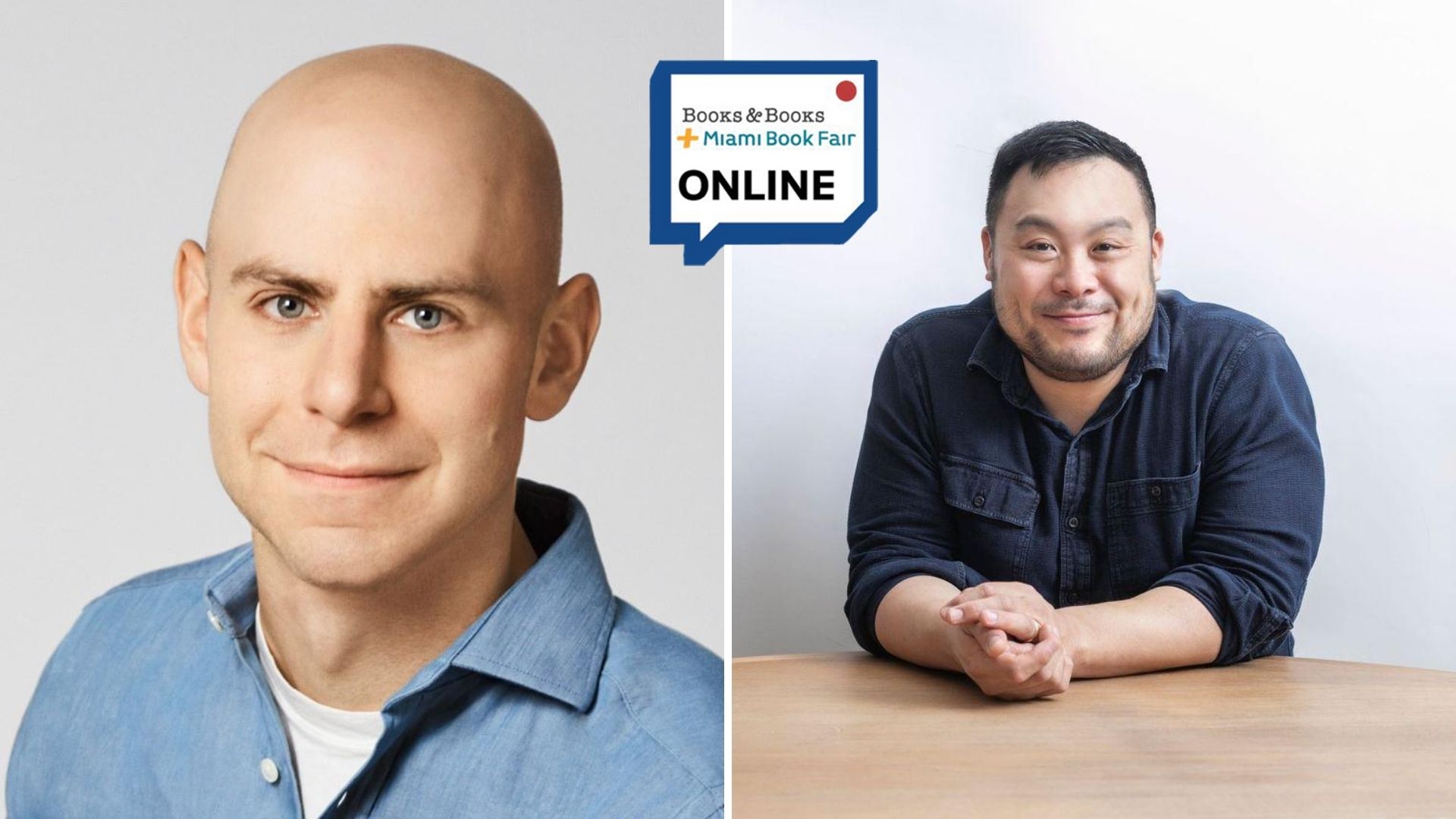 A Morning with Adam Grant and David Chang

Leif and the Fall and Eat a Peach

Join us for a virtual event with psychologist, Adam Grant, and founder of the Momofuku restaurant group, David Chang, as they discuss their new books.

Persistence and creativity can lead to amazing things, as Leif the leaf discovers in this lovely storybook from Allison Sweet Grant and Adam Grant, the #1 New York Times bestselling author of Originals.

Leif is a leaf. A worried leaf. It is autumn, and Leif is afraid to fall. “All leaves fall in the fall,” say the other leaves. But Leif is determined to find a different way down, and with his friend Laurel, he uses the resources around him to create a net, a kite, a parachute in hopes of softening his landing. The clock is ticking, the wind is blowing. What will happen when a gust of wind pulls Leif from his branch?

In a culture that prizes achievement, kids are often afraid to fail–failing to realize that some of the very ideas that don’t work are steps along the path to ones that will.

From the chef behind Momofuku and star of Netflix’s Ugly Delicious—an intimate account of the making of a chef, the story of the modern restaurant world that he helped shape, and how he discovered that success can be much harder to understand than failure.

“David puts words to so many of the things we all feel, sharing generously of his own journey so we can all benefit in the process.”—Chrissy Teigen

In 2004, Momofuku Noodle Bar opened in a tiny, stark space in Manhattan’s East Village. Its young chef-owner, David Chang, worked the line, serving ramen and pork buns to a mix of fellow restaurant cooks and confused diners whose idea of ramen was instant noodles in Styrofoam cups. It would have been impossible to know it at the time—and certainly Chang would have bet against himself—but he, who had failed at almost every endeavor in his life, was about to become one of the most influential chefs of his generation, driven by the question, “What if the underground could become the mainstream?”

Chang grew up the youngest son of a deeply religious Korean American family in Virginia. Graduating college aimless and depressed, he fled the States for Japan, hoping to find some sense of belonging. While teaching English in a backwater town, he experienced the highs of his first full-blown manic episode, and began to think that the cooking and sharing of food could give him both purpose and agency in his life.

Full of grace, candor, grit, and humor, Eat a Peach chronicles Chang’s switchback path. He lays bare his mistakes and wonders about his extraordinary luck as he recounts the improbable series of events that led him to the top of his profession. He wrestles with his lifelong feelings of otherness and inadequacy, explores the mental illness that almost killed him, and finds hope in the shared value of deliciousness. Along the way, Chang gives us a penetrating look at restaurant life, in which he balances his deep love for the kitchen with unflinching honesty about the industry’s history of brutishness and its uncertain future. 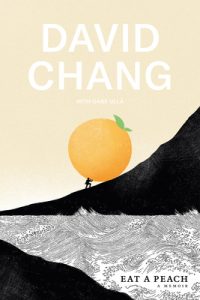 ADAM GRANT  is an organizational psychologist at Wharton, where he has been the top-rated professor for seven straight years. He is an expert in how we can find motivation and meaning, and lead more generous and creative lives. He is the #1 New York Times bestselling author of four books that have sold over 2 million copies and been translated into 35 languages: Give and Take, Originals, Option B, and Power Moves. His books have been recognized as among the year’s best by Amazon, the Financial Times, Harvard Business Review, and the Wall Street Journal and been praised by J.J. Abrams, Richard Branson, Bill and Melinda Gates, Malcolm Gladwell, and Malala Yousafzai.

Adam’s TED talks have been viewed more than 20 million times. He hosts the chart-topping TED podcast WorkLife. Adam writes for the New York Times on work and psychology and serves on the Department of Defense Innovation Board. He received his B.A. from Harvard and his Ph.D. from the University of Michigan. He lives in Philadelphia with his wife Allison, their two daughters, and their son.

DAVID CHANG is the chef and founder of Momofuku. Since opening Momofuku Noodle Bar in New York City in 2004, he has been honored with six James Beard Awards, including Outstanding Chef, and has been recognized as a Time 100 honoree. His cookbook, Momofuku, is a New York Times bestseller. In 2018, David founded Majordomo Media and launched The Dave Chang Show podcast. He is the host of two Netflix original documentary series, Ugly Delicious and Breakfast, Lunch & Dinner.