Five Laugh-out-Loud Romances to Add to Your TBR

Are you impatiently anticipating Meg Cabot‘s upcoming release, No Judgements? Look no further! Books and Books has five recommendations to keep you busy until September 24. 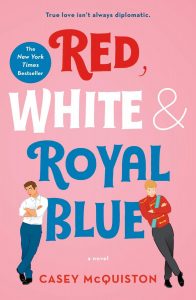 When his mother became President, Alex Claremont-Diaz was promptly cast as the American equivalent of a young royal. Handsome, charismatic, genius—his image is pure millennial-marketing gold for the White House. There’s only one problem: Alex has an ongoing rivalry with the Prince Henry from across the pond. And when the tabloids get hold of a photo involving an Alex-Henry altercation, U.S./British relations take a turn for the worse.

Heads of both families devise a plan for damage control: staging a truce between the two rivals. But what at first begins as a fake friendship grows into a secret romance, one that begs the question: Where do we find the courage to be the people we are meant to be? 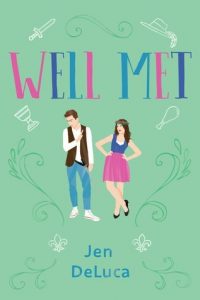 Emily knew there would be strings attached when she relocated to the small town of Willow Creek to help her sister recover from an accident. But she could not have anticipated getting roped into volunteering for the local Renaissance Faire alongside her teenage niece. Or that the irritating and inscrutable schoolteacher in charge of the volunteers would be so annoying that she finds it impossible to stop thinking about him…

The faire is Simon’s family legacy, and from the start, he makes it clear that he doesn’t have time for Emily’s lighthearted approach to life, her oddball Shakespeare conspiracy theories, or her endless suggestions for new acts to shake things up. Yet on the faire grounds he becomes a different person, flirting freely with Emily. Could this attraction be real or just part of the characters they’re portraying?

The Flatshare by Beth O’Leary

Read if you’re interested in a friends to lovers romance that addresses mental health and abuse. 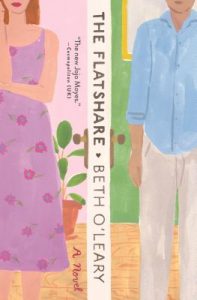 After a bad breakup, Tiffy Moore needs a place to live and fast. But the apartments in her budget have her wondering if astonishingly colored mold on the walls counts as art.

Desperation makes her open minded, so she answers an ad for a flatshare. Leon, a night shift worker, will take the apartment during the day, and Tiffy can have it nights and weekends. He’ll only ever be there when she’s at the office. In fact, they’ll never even have to meet.

Soon, Tiffy and Leon start writing each other notes–first about what day is garbage day, and politely establishing what leftovers are up for grabs, and the evergreen question of whether the toilet seat should stay up or down. Even though they are opposites, they soon become friends. And then maybe more.

But falling in love with your roommate is probably a terrible idea…especially if you’ve never met.

The Right Swipe by Alisha Rai 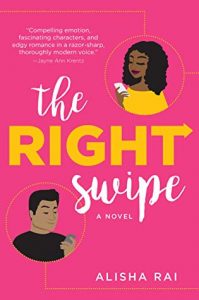 Rhiannon Hunter may have revolutionized romance in the digital world, but in real life she only swipes right on her career—and the occasional hookup. The cynical dating app creator controls her love life with a few key rules: Nude pics are by invitation only. If someone stands you up, block them asap. Protect your heart at all costs.

Only there aren’t any rules to govern her attraction to her newest match, former pro-football player Samson Lima. The sexy and seemingly sweet hunk woos her one magical night… and then disappears.

Rhi thought she’d buried her hurt over Samson ghosting her, until he suddenly surfaces months later. He says he won’t mess up their second chance, but she’s wary. A temporary physical partnership is one thing, but a merger of hearts? Surely that’s too high a risk…

The Kiss Quotient by Helen Hoang

Read if you enjoy: friends to lovers trope, significant issues in romance, diversity in romance 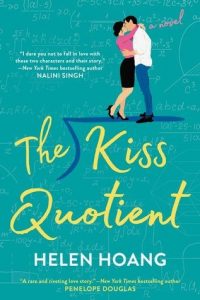 Stella Lane thinks math is the only thing that unites the universe. She comes up with algorithms to predict customer purchases—a job that has given her more money than she knows what to do with, and way less experience in the dating department than the average thirty-year-old.

It doesn’t help that Stella has Asperger’s and French kissing reminds her of a shark getting its teeth cleaned by pilot fish. Her conclusion: she needs lots of practice—with a professional. Which is why she hires escort Michael Phan. The Vietnamese and Swedish stunner can’t afford to turn down Stella’s offer, and agrees to help her check off all the boxes on her lesson plan.

Before long, Stella not only learns to appreciate his kisses, but crave all of the other things he’s making her feel. Their no-nonsense partnership starts making a strange kind of sense. And the pattern that emerges will convince Stella that love is the best kind of logic…

Looking forward to No Judgements? Meet Meg Cabot (author of the Princess Diaries) at Coral Gables on Tuesday, September 24 at 8pm. Here’s more about her upcoming release… 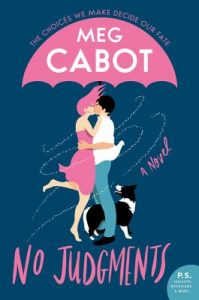 When a massive hurricane severs all power and cell service to Little Bridge Island—as well as its connection to the mainland—twenty-five-year-old Bree Beckham isn’t worried… at first. She’s already escaped one storm—her emotionally abusive ex—so a hurricane seems like it will be a piece of cake.

But animal-loving Bree does become alarmed when she realizes how many islanders have been cut off from their beloved pets. Now it’s up to her to save as many of Little Bridge’s cats and dogs as she can… but to do so, she’s going to need help—help she has no choice but to accept from her boss’s sexy nephew, Drew Hartwell, the Mermaid Café’s most notorious heartbreaker.

But when Bree starts falling for Drew, just as Little Bridge’s power is restored and her penitent ex shows up, she has to ask herself if her island fling was only a result of the stormy weather, or if it could last during clear skies too.

GET TICKETS TO THE EVENT

MEG CABOT was born in Bloomington, Indiana. In addition to her adult contemporary fiction, she is the author of the bestselling young adult fiction series, The Princess Diaries. Over 25 million copies of her novels for children and adults have sold worldwide. Meg lives in Key West, FL, with her husband.

Happy 4th of July from all of us at Books & Books! Please come in and browse.

We made the list: 24 of the Best Bookstores from vacationidea.com!

Bookstores are an oasis of color, coffee, and community. Even though digital e-readers and online