The Literary Life with Mitchell Kaplan: A Podcast

Mitchell Kaplan has been a bookseller and has owned the independent bookstores Books & Books for over 35 years. If you love books, writers or are a passionate reader, this podcast is for you. Enter The Literary Life where every Friday you’ll hear candid conversations with Mitchell and his guests. 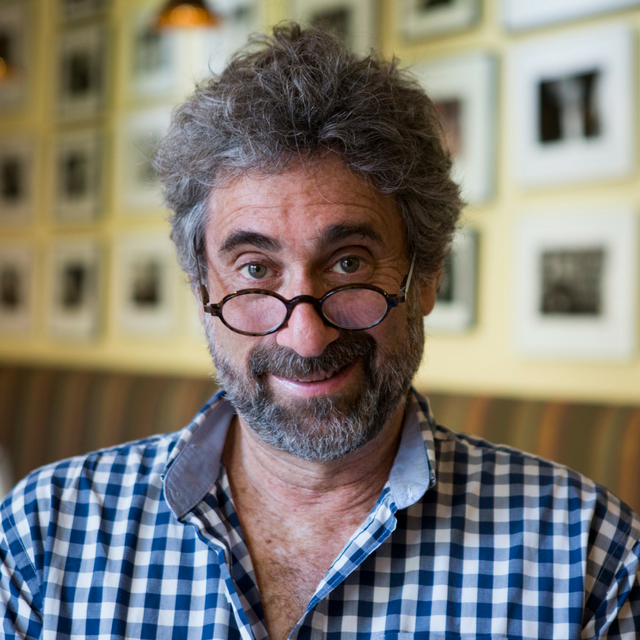 Mitchell Kaplan, a Miami Beach native, founded Books & Books in 1982. Located in Coral Gables, Florida, Books & Books expanded to its present location in December of 2000. Housed in a Mediterranean-styled building, the bookstore hosts over sixty events a month, consisting of author readings and signings, demonstrations and workshops, live music, reading and discussion groups, programming for children and families, and a variety of other community-based events. All of this is achieved in an old world setting of floor-to-ceiling wood bookshelves, wood floors, and a courtyard café, managed by James Beard-award winning Chef Allen Susser.

In 1989, Books & Books opened a second location on Lincoln Road, which continues to serve the Miami Beach community today, and includes a Zagat-rated, full-service restaurant – The Café at Books & Books.

In April 2005, Books & Books opened a new location inside the Bal Harbour Shops Mall, specializing in high end art and design books and continues the tradition of the Coral Gables and Miami Beach bookstores with a full schedule of author events and programs.

In December 2007, Mitchell went international with the opening of a fourth location in The Cayman Islands. Located in a new multi-million dollar development, Camana Bay – Books & Books/Grand Cayman serves both the visiting and local population of the island with visiting international author events.

The Café/Bookstore Books & Books at the Adrienne Arsht Center opened in 2015 and in 2016, Books & Books partnered with the Studios of Key West and opened a store under the guidance of Judy Blume and her husband, George.

In the spring of 2017, Books & Books opened another community centered bookstore in Pinecrest, a city in Miami-Dade County, at the Suniland Shops. This summer, a new location opened in Coconut Grove on Main Highway. The store will include a small café and wine bar that is set to open very soon.

Books & Books was named Bookstore of the Year in 2015 by Publishers’ Weekly.

Mitchell is a co-founder of Miami Book Fair and serves as the Chairperson of its Board of Advisors. The Book Fair, sponsored and supported by Miami-Dade College, brings over 300 authors and exhibitors to a weeklong celebration of all things literary into the heart of downtown Miami and onto the College’s Wolfson Campus.

Mitchell is the former President of the American Booksellers Association (ABA) and also served on the Board of ABFFE, the American Booksellers Foundation for Free Expression. In 2011, Mitchell received the National Book Foundation’s prestigious “Literarian Award for Outstanding Service to the American Literary Community”. The Literarian Award is presented to an individual for outstanding service to the American literary community, whose life and work exemplify the goals of the National Book Foundation to expand the audience for literature and to enhance the cultural value of literature in America. Past winners include poet Lawrence Ferlinghetti, NPR’s Terry Gross and Ira Glass, and writer Dave Eggers.

Mitchell, with his partner Paula Mazur, formed the Mazur Kaplan Company to bring books to the screen. The Man Who Invented Christmas was released in December 2017 by Bleecker Street in the U.S. Starring Christopher Plummer, Jonathan Pryce and Dan Stevens, this film is the origin story of Charles Dickens’ A Christmas Carol. Just release this month is The Guernsey Literary and Potato Peel Pie Society, based on the novel by Annie Barrows and is currently available on Netflix. Mazur Kaplan has optioned numerous books that are currently in various stages of development for television and theatrical release.

T-Shirt, Totes & Support!
Fourth of July SALE!
We made the list: 24 of the Best Bookstores from vacationidea.com!
Virtual Book Clubs
Copyright © 2019 | Books & Books | All rights reserved. Your Locally-Owned Independent Bookseller