From one of the world’s foremost experts on the subject, a powerful argument that the greatest damage from drugs flows from their being illegal, and a hopeful reckoning with the possibility of their use as part of a responsible and happy life.

Recorded live on Tuesday, January 26 via Crowdcast. In conversation with Neal Brennan

Dr. Carl L. Hart is the Ziff Professor of Psychology in the Departments of Psychology and Psychiatry at Columbia University. He is also a Research Scientist at the New York State Psychiatric Institute. Professor Hart has published numerous scientific and popular articles in the area of neuropsychopharmacology and is co-author of the textbook Drugs, Society and Human Behavior (with Charles Ksir). His book High Price was the 2014 winner of the PEN/E.O. Wilson Literary Science Writing Award.

Neal Brennan is a director, writer, actor, and comedian known for co-creating and co-writing the Comedy Central series Chappelle’s Show with Dave Chappelle.  Chappelle and Brennan wrote and produced virtually every sketch themselves.

Brennan continues to perform stand-up regularly in the Los Angeles area as well as nationally.  On January 1st, 2019 Brennan released an all new half hour of material on Netflix as part of the Comedians of the World series.  Brennan has also performed stand-up on Last Call with Carson Daly, Late Night with Jimmy Fallon, Lopez Tonight, and Conan. 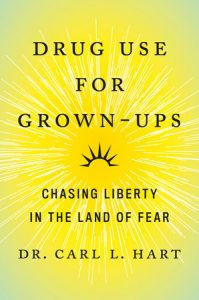 May is Short Story Month!
Check out these new titles on our shelves this week!
April is Poetry Month!
Now Available: “The Hill We Climb: An Inaugural Poem for the Country”
Copyright © 2019 | Books & Books | All rights reserved. Your Locally-Owned Independent Bookseller