Visit us in Key West!

Call for browsing by appointment daily 10am to 11:30am
General opening daily 12 noon to 5pm 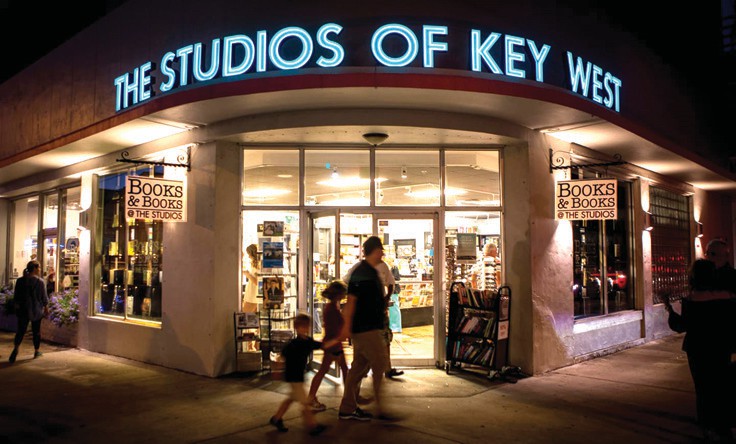 I t’s just after 6:15 p.m. in Key West when a family of three pulls to a shuddering stop atop their rented bicycles.

After fiddling with cumbersome locks and a fussy child strapped into a bucket seat mounted over the back wheel of one of the bikes, the trio makes their way to a set of glass doors — clearly marked with the words HOURS 10-6 — and, after finding the doors locked, proceeds to press their faces resolutely against the glass, as though perhaps the sheer pathos of their smushed-nose faces will be enough to convince the people puttering around inside the store to come open the doors.

As they turn to leave, slump-shouldered in their defeat, Judy Blume — bestselling author, National Book Foundation medalist, designated Living Legend according to the Library of Congress, famously ardent in her defense of portraying adolescence in unflinching terms to such a degree that the American Library Association has reported hers some of the most often banned books in America and, thanks to the presence of over 82 million book jackets worldwide that bear her face, one of the most immediately recognizable authors in the world — rushes to unlock the doors and hurry outside into the dusk before the family has had a chance to re-mount its bicycles. 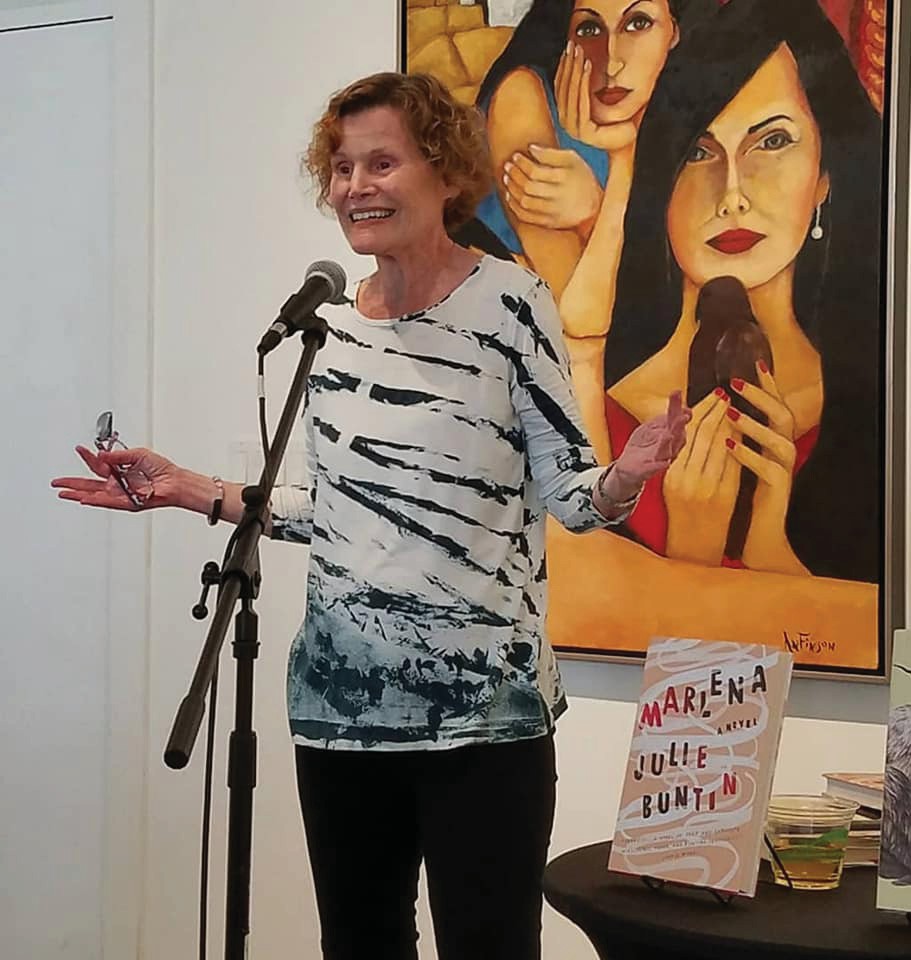 Judy Blume speaking at a reception at Books & Books @ The Studios of Key West.

This last request, delivered with a plaintiveness unusual for someone who has been a celebrity for so long that she’d be forgiven for demanding someone bring her zebra milk for her coffee, does not strike this family as particularly odd (perhaps they are from Mars).

In normal life, one does not get approached by one of the most celebrated young adult authors of all time, who implores that a sweaty stranger please return to see her again. You line up to see Judy Blume. People fly across state lines to see Judy Blume. Celebrities cite her amongst their greatest influences with the same frequency as Hemingway. This is a woman who provokes superlative adulation; Amy Poehler has suggested that she would like nothing more than to sit at the author’s feet. 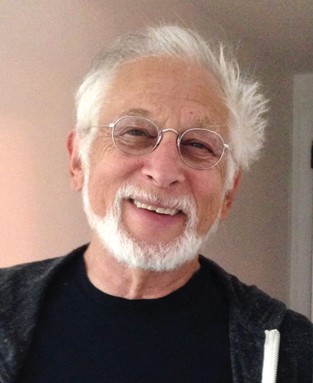 And yet here she is, standing on a street corner, genuinely despondent that this family — helmeted, now, and rolling away into traffic — did not get the chance to come inside the store that she and her husband, nonfiction writer George Cooper, opened just over three year ago.

The store in question is Books & Books @ The Studios Key West, an independent nonprofit bookstore that Blume and Cooper dreamt of opening half a decade before they found the right time — and venue. Now tucked inside a glass-fronted nook at the bottom of a striped Miami Deco monolith that towers over 533 Eaton St., the store shares an address with the nonprofit arts conglomerate The Studios of Key West, where Cooper served as a board member for years. 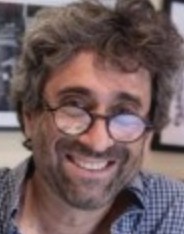 In 2015, After the organization had finalized its conversion of the former Scottish Rite Masonic Center into its current headquarters, Cooper made a play for the empty retail space on the building’s ground floor. Together he and Blume lobbied Mitchell Kaplan, cofounder of the Miami Book Fair International and founder of the immensely successful Coral Gables-based Books & Books stores, to partner with them on a Key West outpost. Kaplan agreed to help with the logistics — software, staff training — if Cooper and Blume could find the right space and raise enough money to get the whole thing going.

In a town rife with ties to famous authors, by the time Cooper and Blume began looking for a suitable space for their own store, Key West’s bookstores had all but disappeared, save one: Key West Island Books, itself the subject of a 2013 article in the Tampa Bay Times titled: “The last bookstore in literaturelogged Key West still isn’t ready for ‘The End.’” In a small town seemingly able to support hundreds of places to buy alcohol, ponders the author, how did only one bookstore survive? In the article, local poet and Key West Literary Seminar Executive Director Arlo Haskell sums up the issue in a few depressing words: “You don’t have to go down the street to buy books anymore when you can order them on your phone.” Haskell, like so many, appeared to believe the inevitable: that print was, if not dead, certainly checking into hospice, heading toward the same irrelevant fate of the VHS tape and 8-track. 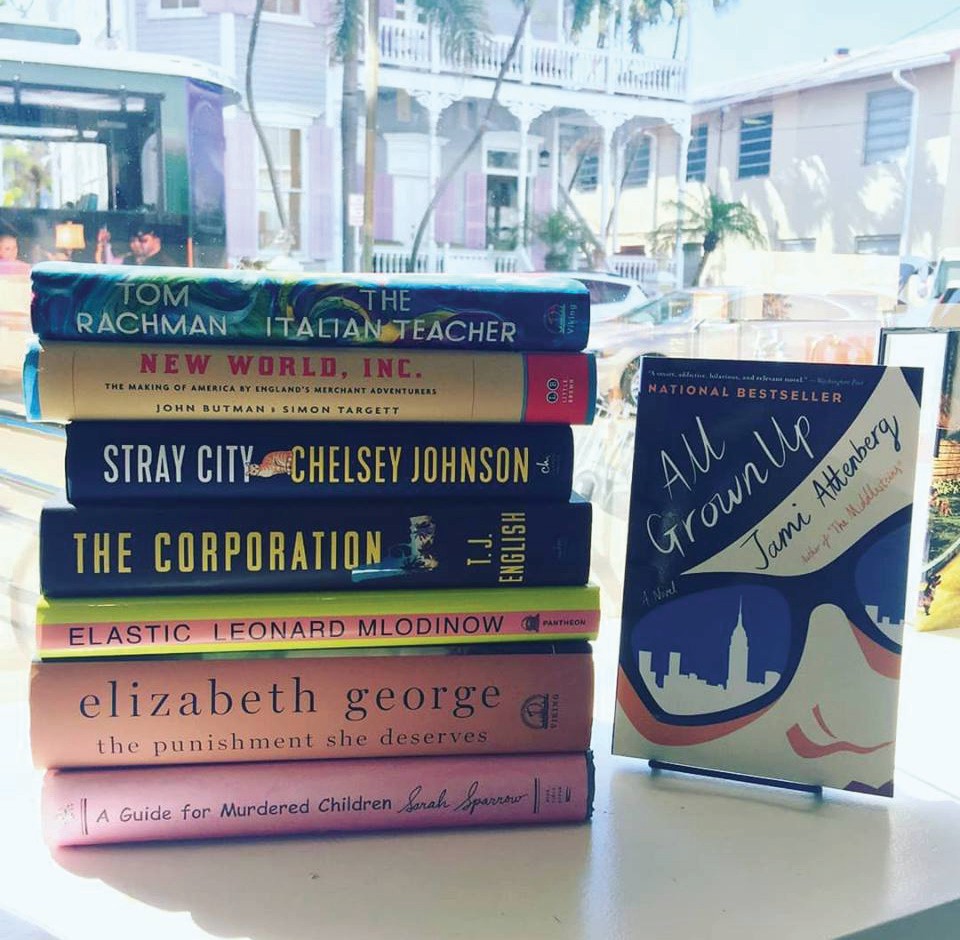 Or, at least, that certainly seemed to be the case a few years ago, when years of prophetic editorials that claimed skyrocketing digital book sales meant the end of so-called “real books” seemed finally vindicated by the announcement that Borders, the omnipresent bookstore chain that employed over 10,000 workers, would be filing for bankruptcy and shutting the doors of its 400 stores at the end of 2011. The numbers were in: E-books had finally topped print sales, and, after the release of author Stephen King’s novella, “UR,” as an exclusive to the Kindle storefront was deemed a success, it seemed even the authors themselves were beginning to jump onboard the e-train.

Interns at publishing houses across the nation could be found huddled together in break rooms swapping industry ghost stories — terrifying tales in which self-publishing on Amazon led to the permanent disappearance of the six-figure book advance. Newspapers rushed to optimize their online platforms in order to accommodate an inevitable wave of internet-savvy agoraphobes whose refusal to leave their homes in order to purchase the latest Sue Grafton novel clearly spelled the end of the paper route. A third-generation Kindle that showed paid advertisements to readers in exchange for a lower initial purchase price was an immediate success. Not only were bookstores dead, but books, it seemed, would now come with commercials. I have never been good at math, and yet, I can remember with gut-wrenching clarity the shape of a line graph chart passed to me by one of my fellow over-caffeinated and underpaid interns, who, like me, had fought tooth and nail for the privilege to trek into New York City each week in order to fact check galley copies for the glamorously dry book review magazine we’d revered since our teenage years, and which now deigned to pay us in metro cards. We didn’t care; we were in literary heaven (which, as far as heavens go, can lean toward the pretentious but remains eternally and adorably uncool).

Ostensibly showing the number of bookstores in America over a span of 20 years, the graph consisted of a cooked spaghetti-loose line which began, aligned with a date 20 years prior, in the upper left-hand quadrant of the page, and sloped steadily downward toward our current year. It resembled a treacherously steep sledding hill, one you’d attempt only with a helmet and perhaps hockey pads. Maybe I should take an accounting class just to be safe, I remember thinking. (It turned out my bonkers liberal school didn’t offer them, much to my relief.) That graph struck fear into the hearts of myself and many others who’d dreamed of a career in books — “real” books, those of the dusty, smelly, cracked-spine variety. It signaled the end of libraries, of educated salespeople recommending obscure novels, replaced by unfeeling algorithms, bankrupted booksellers and something terrifying called the singularity.

To be perfectly blunt, that graph can go kick rocks.

After a December 2016 article in The New York Times titled “What It Takes to Open a Bookstore” went viral amongst the hard copy-loving book crowd (the irony of which knows no bounds) it seemed the truth was finally out: after decades of decline — and despite a pervasively ominous tone across the media’s coverage of print sales — the percentage of small brick and mortar bookstores was rising, thanks in large part to new stores’ willingness to finance their openings via both digital crowdfunding and on the ground community based fundraising.

By the time The New York Times had seen fit to comment, Cooper and Blume were only two months shy of celebrating 12 successful months as independent bookstore owners and operators, e-books and online retailers be damned.

Though, to be fair, it hasn’t been all gimlets and cupcakes; the business of tangible books, it turns out, though no longer in danger of extinction, remains a vertiginous climb toward profitability. For one thing, Blume (no stranger to hard work with some 29 published books under her belt) had never worked in retail.

“We went into this knowing next to nothing except we loved books and bookstores. Years later we’re still learning — every day is a new experience — but we’re no longer beginners,” she says.

Particularly surprising was how labor-intensive running the store has turned out to be, says Cooper. “Every day the UPS guys come in with a cart loaded with books. Meanwhile we’re going over lists of thousands of newly published books trying to decide which and how many to order.” While they receive constant guidance from Kaplan and his team in Coral Gables (“The Mothership,” as Blume fondly refers to them) and while their store is technically a part of The Studios of Key West, both Blume and Cooper were quick to commit early on to maintaining autonomy and accountability when it comes to the store’s financials.

“We have to stand or fall on our own financially,” says Cooper, who is happy to say it’s all working out well so far, having met its sales targets thanks, in large part, to great support from the community. “Both locals and tourists come in to say thanks every day, and we thank them for shopping with us,” says Blume.

Nearing their 80th birthdays, Cooper and Blume — no doubt drawing from the frenetic, youthful energy of the island they’ve chosen to make their home — don’t appear to be slowing down. They’re both working six days a week (the experience of having Judy Blume sell you a Judy Blume book is quickly becoming a bucket list item for hundreds of fans who’ve planned a pilgrimage to the store) while making time to do a little reading themselves. With a stack of new releases arriving each week, it’s a miracle Blume and Cooper can find a minute to breathe; to help their readers keep up, the duo has taken to posting about new releases on the store’s website, www.BooksAndBooksKW. com.

After growing up in retail (his family owned a camera store) and hating the experience, Cooper jokes that he swore he would never wind up doing the same. Now that he has, he can’t help but bring a bit of unromantic wisdom to the job.

“The book business is like running a grocery store,” he explains. “You’ve got your canned goods, staples like Moby Dick, but you’ve also got fresh produce, the new books that will sell or go back to the publishers in a short time.”

The work is exhausting and satisfying, agrees Blume, who admits she also relishes her newly social work life. “I love meeting our customers and chatting with them about what they like to read. After years of locking myself up to write books, it’s fun for me to be on the other end, selling them. I get out of bed in the morning excited about getting to the store. I fall into bed every night exhausted but happy.”

Cooper, for his part, puts it into blunter terms: “You keep coming and we’ll keep busting our tails for you.” ¦

T-Shirt, Totes & Support!
Fourth of July SALE!
We made the list: 24 of the Best Bookstores from vacationidea.com!
Virtual Book Clubs
Copyright © 2019 | Books & Books | All rights reserved. Your Locally-Owned Independent Bookseller